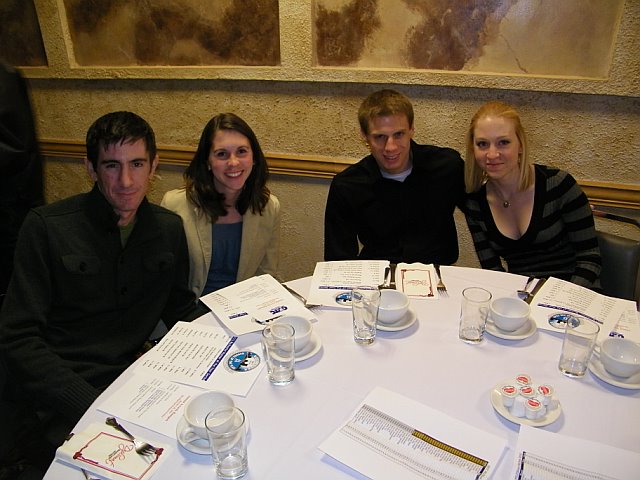 Last weekend Mike, Karyn, Lisa and I went to the Greater Rochester Track Club Awards Dinner.  Each year at the dinner awards are given out for the Runner of the Year Series, Milestones Patches are handed out, and 1 or more people may be inducted into the Rochester Running Hall of Fame.  This year 2 runners were inducted to the HOF, Jim May and Mary Shaver.  One gave a very nice speech, the other… not so much but the bar had been open for a few hours so I guess that shouldn’t have been surprising. 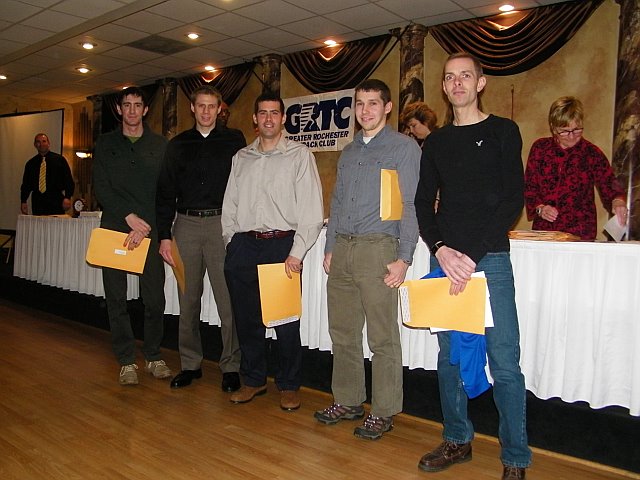 Mike and I were there to pick up our age group wins in the runner of the year series as well as our overall awards.  Mike was 4th overall and I was 6th.  The idea that either of us are the 4th and 6th best runner in Rochester is laughable, but who is to argue when there are prizes to be had.  We both benefited from people in our age group finishing in the top 3 overall making them ineligible for AG awards.  Mark Andrews now 40, but 39 when the series started finished 1st overall removing him from my age group.  Chad Byler took 2nd over all removing him from Mikes AG. 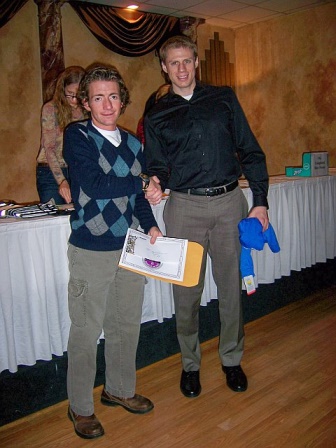 We each got a $15 gift certificate to Medved and a $15 gift certificate the Otter Lodge along with a nice long sleeve dri-fit shirt emblazed with “Champion” on the front.  I think we should go to Medved get matching hats then wear our shirts and hats out to the Otter Lodge for drinks.  I do not think Karyn or Lisa will like this plan but Mike will probably be agreeable since he always wears his race shirts out anyway. 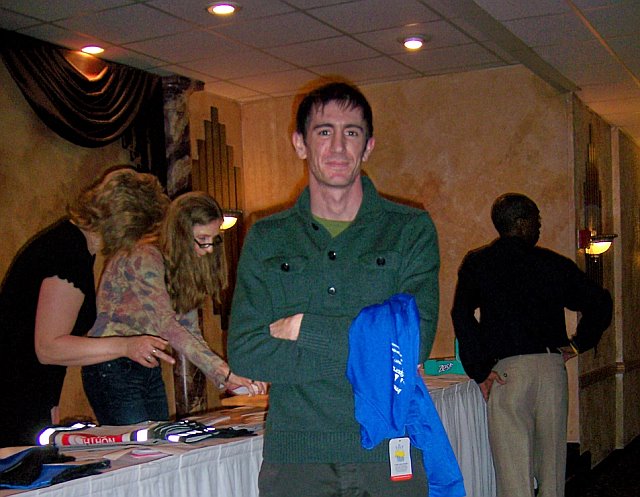 I don’t know if I will able to score well in this years series, as I will be out of town for a few of the races, and Lisa and I are planning on enter as a husband and wife team in the Medved Lilac 5K (a few years ago my Dad and I won the father/son division).  I’m planning on running the Flower City 1/2 and the McMullen Mile but other than that things are up in the air.  If I score well in my AG in those 2 races I will probably be more motivated to run another 4 events.  It would be nice to see more a varitey in distances, 5 of the 11 races are 5k’s which seriously conflicts with my plan to race more long distances races this year.  Below are the races in the 2011 series.