At the time of my last post I was recovering from a stupidity related back injury, which seems to be resolved for the time being. It has been a busy month that has included some decent racing, some great traveling and some half-assed training.

First up was the Frank Nealon 15K, which was serving as the 2nd race in the USATF New England Grand Prix. I’d already missed the 1st race in the series due to my back so I was determined to race in this one. I wasn’t feeling 100% going in but I had a few decent harder efforts running some hills so I set out with conservative mindset. My plan was to really push the uphills, cruise the flats and take it as easy as possible on the downhills. 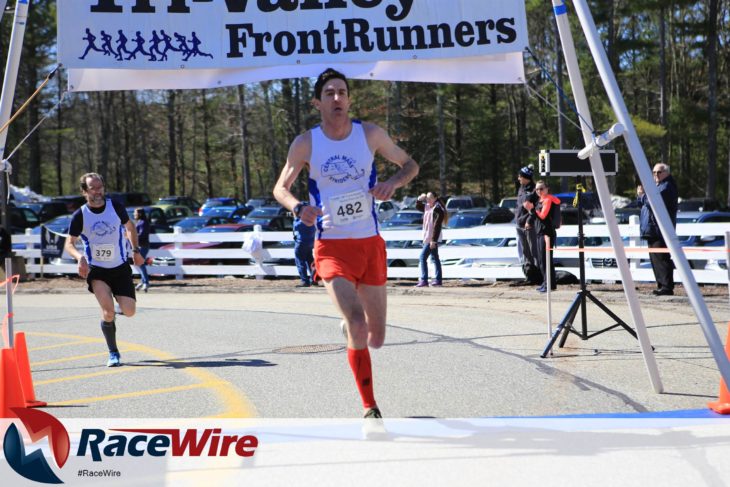 It turns out the course was all uphills and downhills with no flats to cruise on. Several times my back threatened to lockup and take me out of the race, but each time I was able to back off a bit and keep going. I held a steady 6 minute pace for most of the race then took it in pretty hard the last .3 for a 55:38 finishing time. I was the 5th and final scoring person on the CMS masters team which finished second to BAA. I take some small solace in knowing that even if I had run all out I wasn’t going to make up the 5 minute difference in our combined time vs BAA.

Following the 15K I made a good training push that lasted all of 3 weeks before I went on a trip to the Outer Banks of North Carolina with some old friends. It was a great trip that included two days of golfing and a day of deep sea fishing, but didn’t allow much time for running. The golfing I did poorly, but I thoroughly enjoyed myself. The deep sea fishing was– an experience. I love to fish but do not hold up well on rough seas. Our 53 foot boat was dipping behind the swells out on the gulf stream and I spent much of the 12 hours laid out in the cabin. I did manage to hop in the chair to haul in two decent sized yellow fin and while I don’t think I’ll be going again, I’m glad I went because the raw tuna was unbelievably good that night once my stomach wasn’t doing back flips. 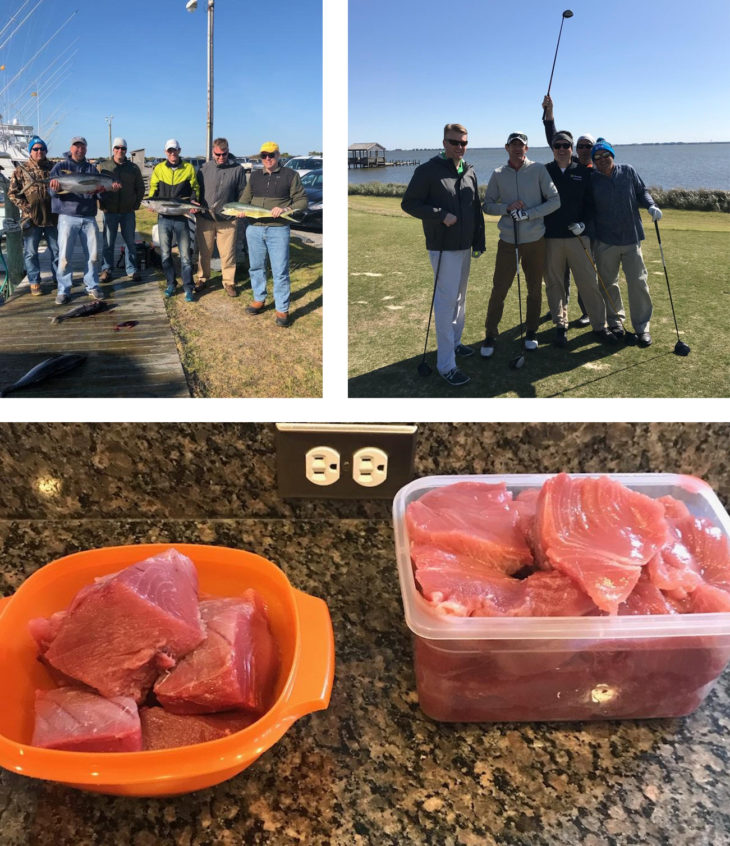 After a week of recovery following my 4 days with the guys in North Carolina, I was feeling almost ready to race in the James Joyce Ramble. This was my 3rd time running in this race which serves as the USATF National Masters 10K Championship. USATF national championships score top 3 of 5 man teams for road races, and based on my 15K performance I got bumped to the incomplete B team. Despite knowing I was very unlikely to factor into the scoring from the race either way, I still toed the starting line with a bit of a chip on my shoulder. 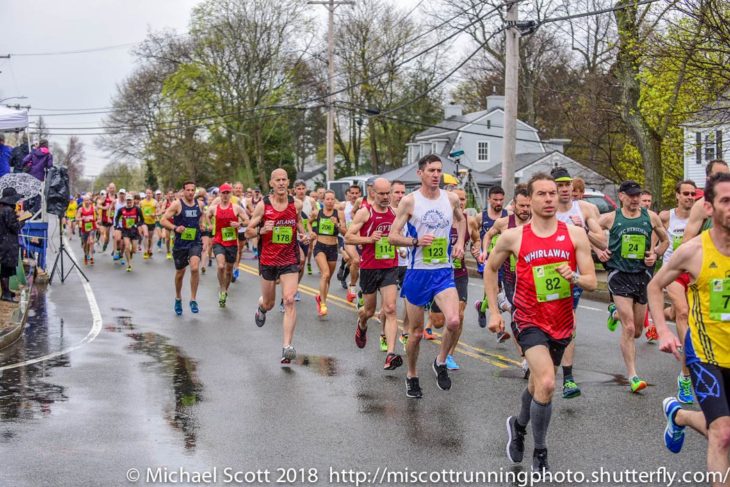 I set out at a hard pace I knew was unsustainable, but I wanted to separate from what I new would be a second pack behind the lead pack.  I came through the mile in 5:24 then set to work grinding out 5:40ish miles for the next 5 miles. I had Brett Fields of Atlantic Track Club for company most of the those middle miles, until he blasted away from me the last mile. I think if I had gone a bit easier in the first mile I could have pulled out a slightly faster final mile (I ran 5:42) but it wouldn’t have been enough to keep up with Brett who must have run a 5:20. Thanks to the efforts of Pat Rich, Michael Quintal, and Greg Putnam, Derrick Jones and Joe Shairs CMS won the 40-49 team race. That makes 2 national championship wins in 6 months. Not too shabby for our little club.

Next up is probably going to be a low key 5K where I can work on my speed. In the meantime I’ve got to start putting together some consistent training weeks.