It has been a busy 6 months of racing. I’ve done 8 races, 7 of which have been USATF New England or National team races starting with the USATF 10K National Masters Championship in April. Sunday was my final team race of the season, the USATF National 5k Masters Cross Country Championships at Franklin Park.

Before the start of the XC championships we took a minute to celebrate our win at the road championship (somehow I got left with the plaque which is now hanging up in my office). We knew we had a steep hill to climb if we wanted to win today’s race, but with some added depth and were ready to give it our best shot. BAA was the odds on favorite. Even with one of their top runners down we knew we would all have to have great races if we wanted to take them down. 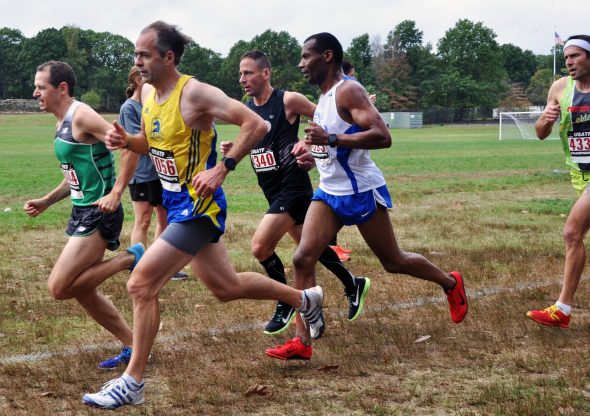 Derrick took the team lead early, and showed again that he isn’t afraid to get out there and mix it up with the leaders. 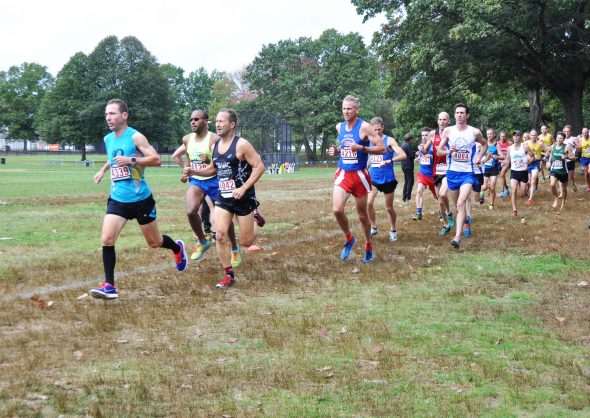 I spent a good deal of the race trying to find some rhythm, I have not had much luck lately settling into a steady pace and I’m guessing my yo-yoing in and out of packs isn’t the most efficient race strategy. 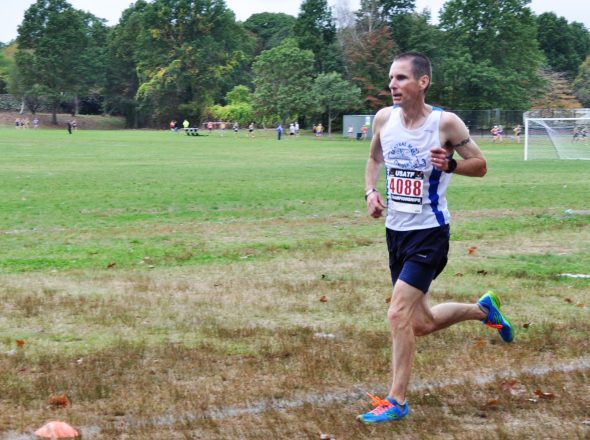 By the final mile I found myself a bit behind Joe, which I was hoping was a sign of him running well and not me having a bad day. Joe and I are usually pretty close unless one of us is off, so being the optimist that, I am assumed we were both running well not poorly. With about 600 meters to go I was trailing a pack of 8 or 9 runners including 2 from BAA. I thought I might have a shot at running them all down but I waited too long to pull the trigger. 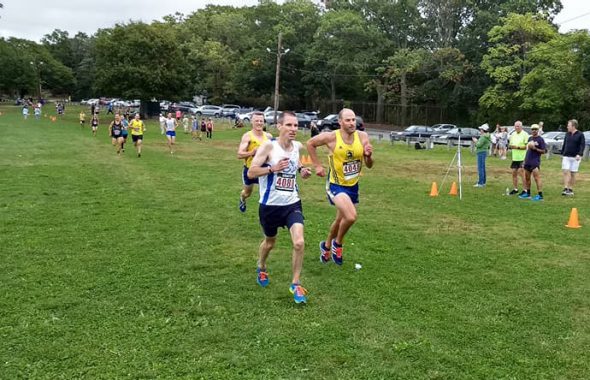 Instead of going as soon as we got on the field with about 400 meters to go I waited for the final 150 straight away. I swung wide and tried to drop the hammer, but I came up short. I managed to pick up a few spots but not the 2 important ones pictured above running with Joe. You can see me in the background clearly out of range with 75 meters to go. I’m not sure why I thought I could make up some much ground in 150 meters, I’m going to blame it on lack of blood flow to the brain. 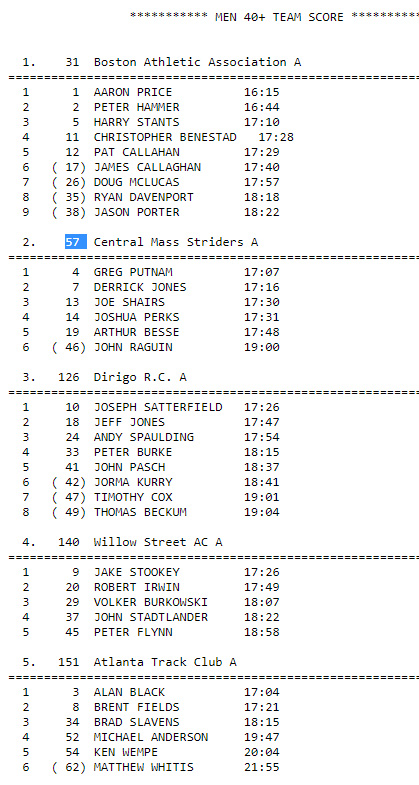 It has been a great season of team racing for the CMS masters men. The team won the USATF 5k Road Championship, finished 2nd in the USATF 5k XC Championship and won the USATF New England 5 mile, 5K and 10K championships. Many of the guys will be finishing out the season by traveling to Lexington, KY in December for USATF Club Nats where they will compete with some of the top West Coast teams who don’t usually make it out this way even for national championship races. Unfortunately I’m not going to be able to make that trip, so I’ll have to cheer them on from a far. Run Tuff guys!