I’ve been hoping to make some changes to the content on this blog.  For the most part it has been race reports and other Roadkill goings on.  Occasionally I’ll write about something completely random like Disney buying Lucas Films, or I’ll rail on a running related topic like the “Born to Run” craze.  Not only are the latter types of posts more fun to write, they also seem to get a better response.  The problem is, my moments of inspiration are few and far between.  Luckily I know many interesting people, and today one of them (Mike Reinhardt) handed me a newspaper clipping as I was leaving his office and said “this is for you, fodder for your blog.”

I can’t tell you the last time someone gave me an actual newspaper clipping, right off the bat I was excited to read it. 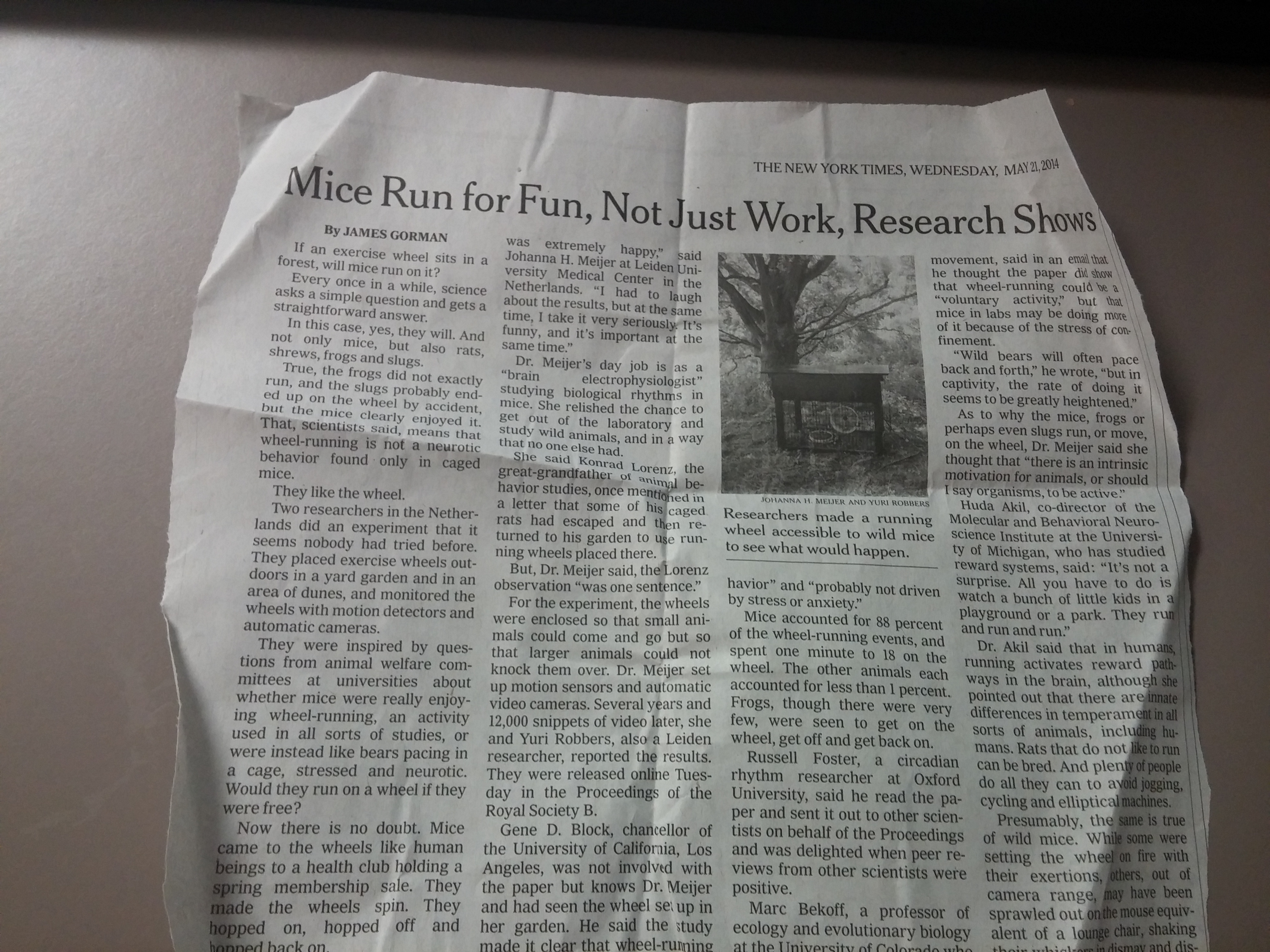 The article as well as the study are pretty straight forward.  Put a wheel outside and see if mice will run on it without any extrinsic reward.  The answer is yes, yes they will.  Like Johanna, this makes me extremely happy.  It proves that running just for the enjoyment is a cross species phenomenon. 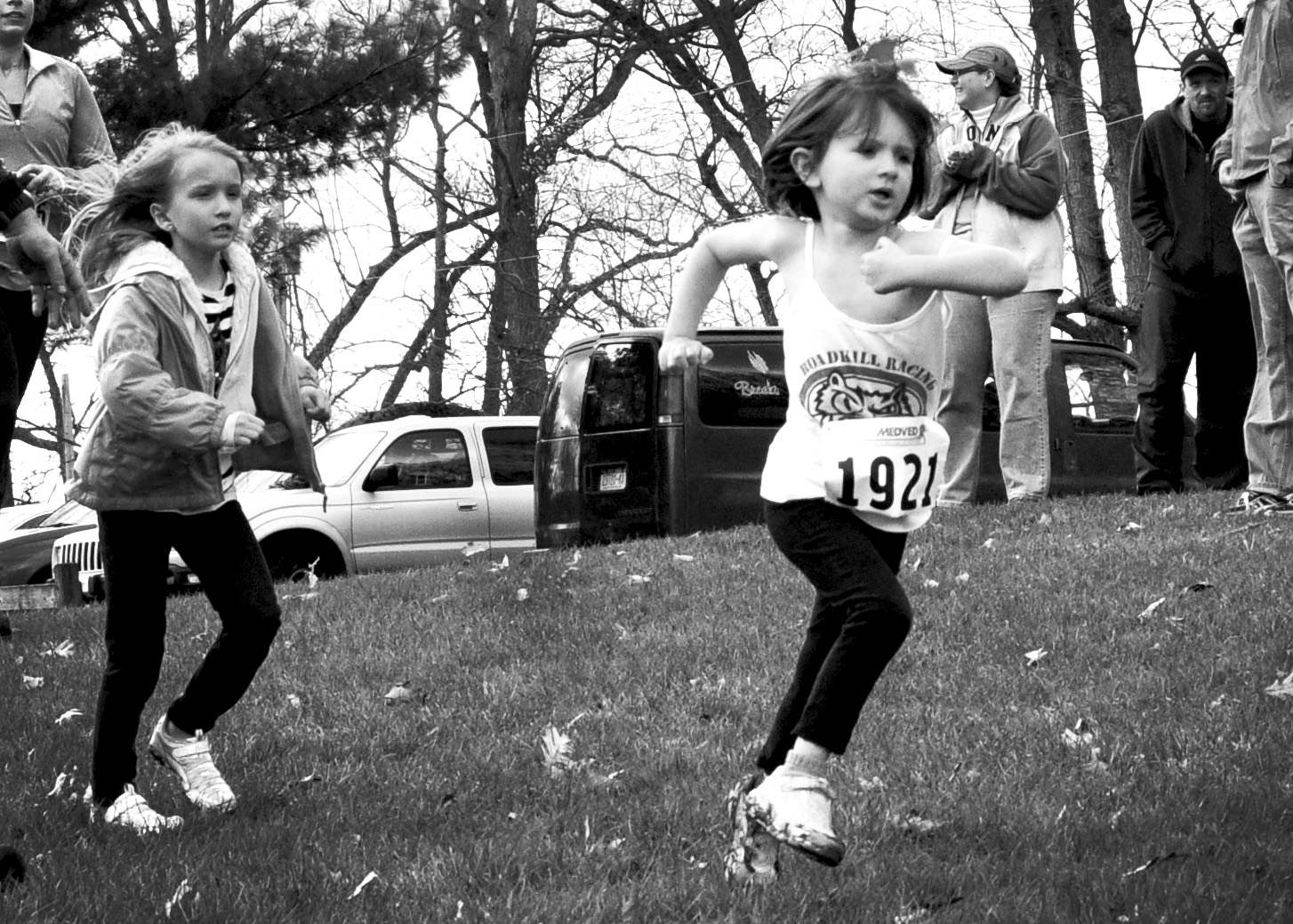 I have always said, to the disbelief of all nonrunners I know, that even if there were no health benefits to running I would still do it.  I don’t care about the laundry list of positive mental and physical outcomes related to running, I run because I love it and even if the net result of running was less health rather than more I would still do it.  The mice clearly back me up on this.  I’m fairly certain they aren’t concerned about lowering their blood pressure or getting rid of those post baby grams.

So why do you run?  Is it because you are chasing a piece of cheese dangling on a string or because running is wonderfully fun?