Got on a plane and flew to Kentucky with Derrick Jones. While sitting at the gate in Chicago I started texting with Derrick trying to figure out if he was in the same terminal as me. He texts his gate number, I look up and there he is sitting 10 feet away from me. It was a pretty funny moment, kinda like something out of a cheesy sitcom. 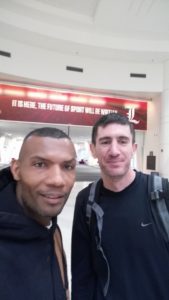 We crammed ourselves into the back of the regional jet and headed off for the little hop down to Louisville KY. From there it was an hour drive to our hotel in Lexington. The hostess was so brimming with Midwestern hospitality I wanted to tear my ears off. I felt like she was just taunting me with her niceness. I realize this is a character flaw in me, and only a little bit her fault.

We dumped our stuff and headed over to the course for a look and run around. I was imagining some nice manicured path lazily wrapping around a lush Kentucky Bluegrass infield. This is not what we found at. The park was a frozen wasteland of hills and turns and broken clods of turf. A North wind was whipping down from the hilltop prison on the horizon. It was only to get worse by race time.After a nice dinner and beers with some of the team, it was back to the friendliest place on earth to try and get some rest. 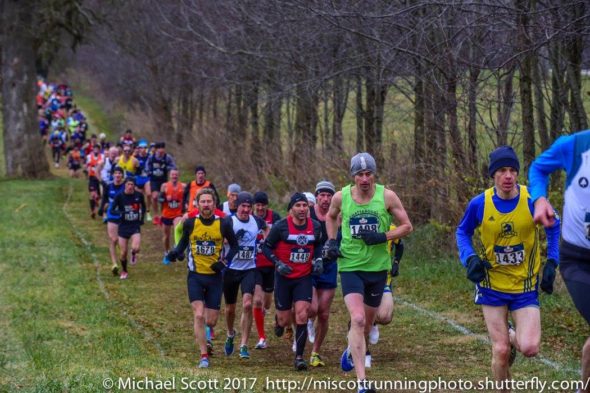 Saturday morning dawned grey and cold and windy. I loaded up and coffee and headed to the race. USATF had setup a large heated tent. The air in it was so think with BENGAY, IceyHot, and Vick’s Vapor Rub, I was sure the gas heaters was going to ignite the fumes and blow us all to hell.

The race started like all cross country races start, with everyone forgetting all about any ideas of rational pacing and sprinting across the field, slowing forming and arrowhead and shaft. I like to think I kept my calm and settled in quickly to a reasonable sustainable pace, but my opening 5:35 doesn’t exactly back that up, especially when it was immediately followed up by a 5:50. I manage to settle into a nice rhythm after mile 2 and started grinding out 5:40’s and slowly working my way up. 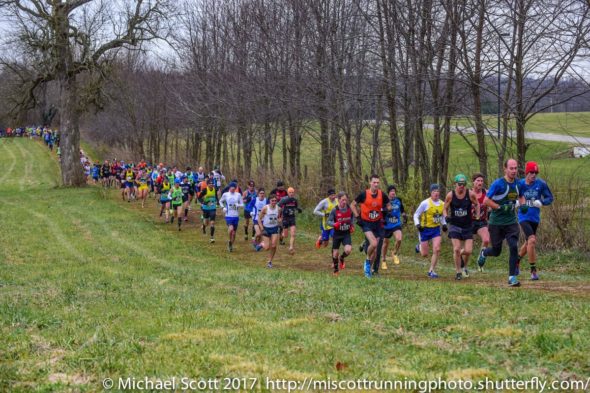 It’s impossible to tell from the photos how uneven the ground was. Several runners, including Derrick fell during the race as the landed badly on the frozen clumps of earth. I managed to stay on my feet, but was thankful for my flexible ankles which rolled more than a few times. 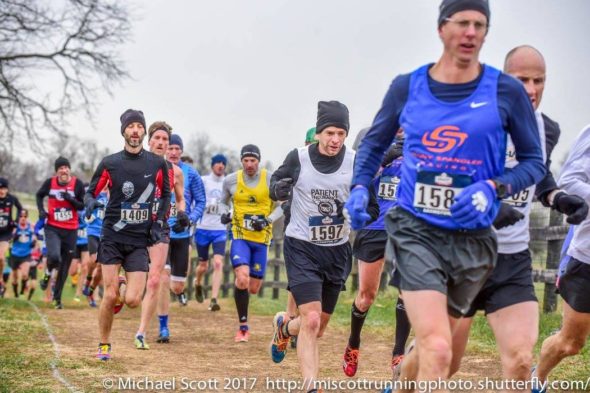 I finished further back than I would have liked. I was hoping for top 50 (I was 51st in 2014 in 34:32 but that course was 200 meters short so more like 35:12) but finished 66th in 35:22. At the 4k split I was in 77th place, it was a ton of work to pick up those 11 spots and with the benefit of hindsight I feel like I could have been much further up at that point. But it is just as likely I would have then faded and lost places, ending up in the same final spot or worse. 35:22 is about what I’ve been racing for 10K on the roads, so overall this was a solid time. My team, the Central Mass Striders, finished 4th. I thought we had outside shot at the podium, but we finished nearly 100 points behind the 3rd place team. So while our placement was close to top 3, we got whooped pretty good by West Valley Track Club, Boston Athletic Association, and Bowerman Track Club.

I had a great time racing this year. Being part of a group of dedicated old guys, who show up in heat and cold, who hop in their cars or on planes to race, has helped keep me motivated to be the best runner I can be. While my times may be gradually but inexorably slowing, I still find joy in racing and trying to squeeze every last second out of these legs.

Next up is some shorter races starting with a downhill road mile to mark the new year, and then some indoor track races. Also keep your eye out for a possible Star Wars The Last Jedi review in the next few days. You can also look back at these past Star Wars related posts.