With the crack of the gun the 2015 road racing season kicked off for Roadkill Racing at Johnny’s five miler in downtown Rochester. 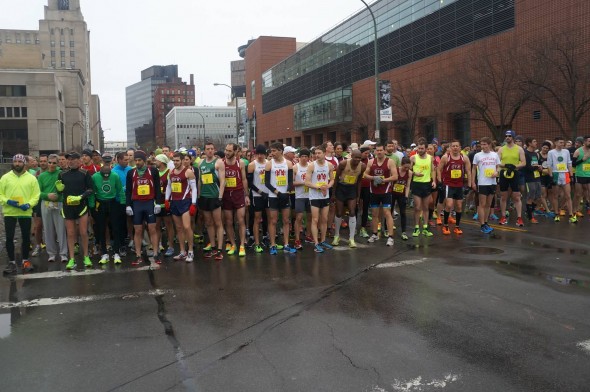 Roadkill, coming off of a stellar season was well represented with 15 members racing on the chilly misty day. The team picked up right where they left off with a few PR’s and serving notice to area teams, put a leash on your cat because we are coming. 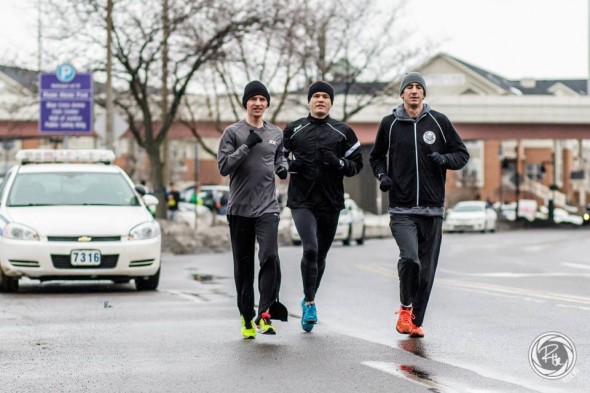 The men came in absent a few heavy hitters but they were still able to land 5 runners in the top 30 including Josh ‘watch my kids’ Perks and Kenny ‘The Genny’ Goodfellow who both cracked the top 10. 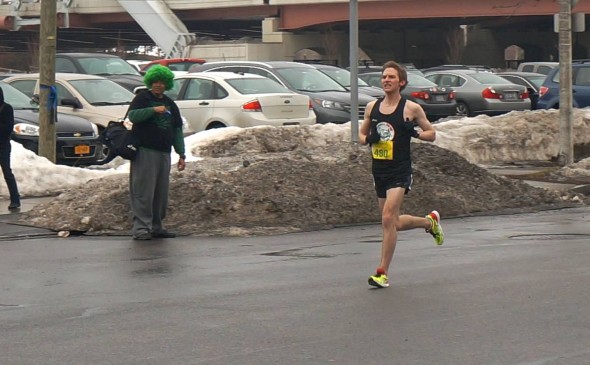 The women were led by Arlene Dejoy who nailed a time of 35:00 flat, 3rd in here age group.

The support of the team from the Roadkill ‘heckling crew’ down the home stretch was superb with strong kicking finishes especially considering the harsh training conditions this season.

The next big race for the club is the Lilac 10k.

Thanks to the Roadkill hecklers:
Jamie ‘alway had a gennie in his hand’ Hobbs and his wife Jessica
Matthew and Ashlie  Roberts with special guests, Hazel and Rosie.

Special thanks to the Rochester Photo Crew and Ron Heerkens Jr. for their photography work!