On Sunday April 29th, seven members of Roadkill Racing (Matthew Roberts, Ashlie Roberts, Kraig Connor, Lindsay Rynders, Marie Davis, Joel Nowatchik, and Benjamin Young) braved near freezing temperatures, sleet, brutal wind, and 77 miles of running in the Seneca 7 Relay Race. Placed in the fast heat of the Relay, Roadkill got off to a strong start with Matt Roberts. Although the team car lost its “fast heat flag” within five minutes of the race, Roadkill remained determined to stay in the lead pack. The team also overcame Benjamin Young’s fashion faux pas and allowed him to race on the team despite wearing sweatpants (an obvious running no-no) in the first leg. 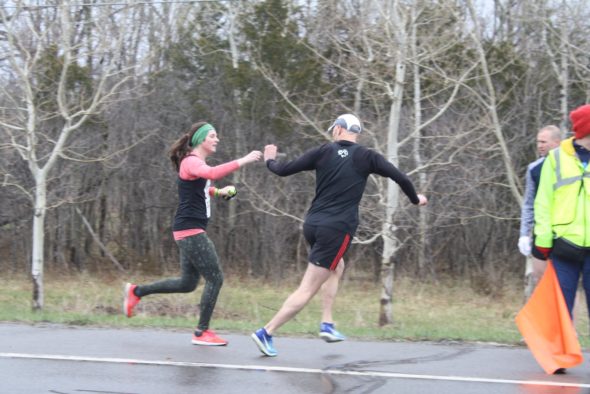 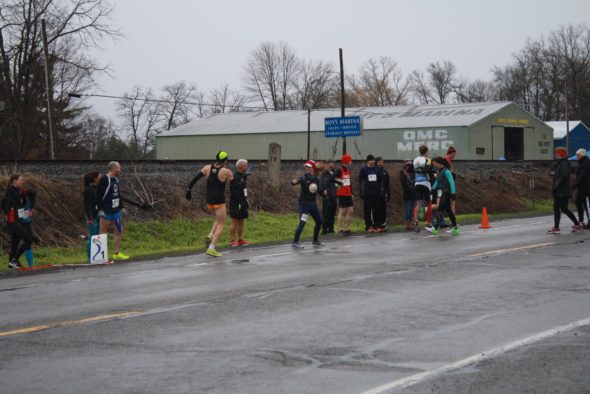 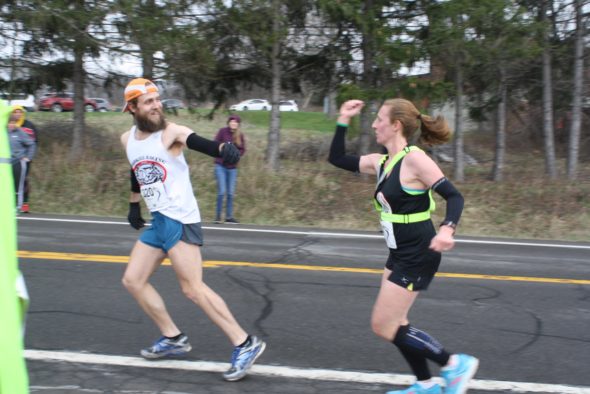 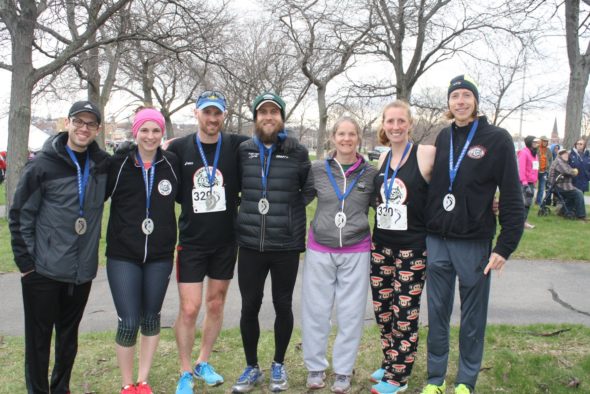 Ashlie Roberts conquered some massive hills during the relay while Joel Nowatchik, off of his recent Boston Marathon race, ran the most miles out of anyone on the team and did so at a blistering pace. Despite having a cold, Lindsay Rynders passed many other racers on her legs while Marie Davis powered up some long winding roads for Roadkill. Kraig Connor also ran mightily despite the wind resistance of his beard. After taking off his sweatpants, Benjamin Young’s pace greatly sped up and proudly represented Roadkill Racing in his singlet and tights. The team averaged a little over 7 minutes/mile for the entire relay and came in 13th place out of more than 300 teams. Great job team! Splat!