Every competitive runner eventually learns that winning a race isn’t as much about them, as it is about who shows up.  Unless you are the world record holder someone faster than you can always toe the line.  Some might see this as fatalistic, or dis-empowering but I see it as freeing.  Instead of worrying about things you can’t control you get to focus on the things you can, namely running your own race.

But it is still nice to win a race and it is better still when your team sweeps the top 3 spots.  Even better than that?  What if your men’s and women’s team sweep the top 3 spots of their respective races on the same weekend?  That is pretty damn sweet no matter who else toed the line.

Friday was the debut of the Roadkill Racing women’s team.  Ashlie Roberts, Erin Mahoney and Lisa Perks were the first women to line up wearing their new Roadkill singlets at the Emergency Nurses 5k at Monroe Community College (Drew Caffrey was there too but I’ll get to that later.)

It was a small first year event, but it was well organized and the weather could not have been better.  I have a feeling the other runners were a bit intimated by the Roadkill ladies in their blood red singlets.  Ashlie, Erin and Lisa wasted no time separating themselves from the rest of the women in the field. 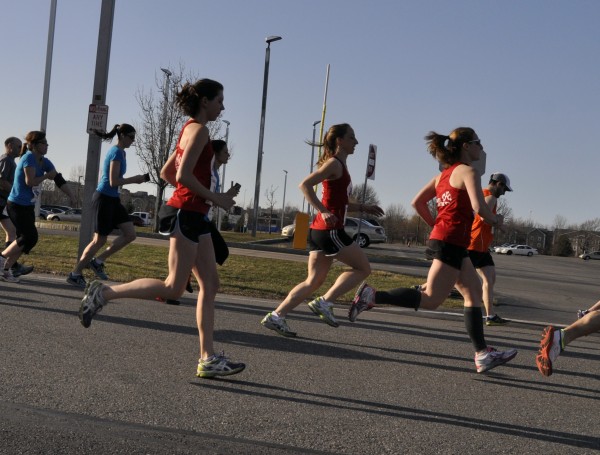 Drew Caffrey was at the race representing the Roadkill men, and while he stated before the race his only goal was no to get hurt (he’s running Boston in a week) I had a feeling he wasn’t going to be able to resist going for the win.

Sure enough when the leaders came into view he was right behind the leader, and as they rounded the corner with 100 meters to go he sprinted past Kevin Scheehan to take first place in 18:01. 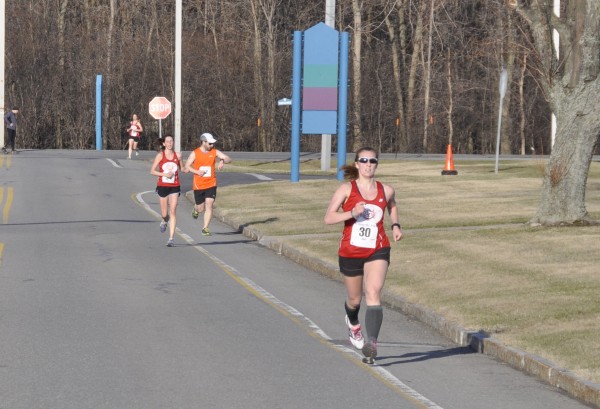 It wasn’t long before the ladies arrived, all of them finishing in the top 10 overall. 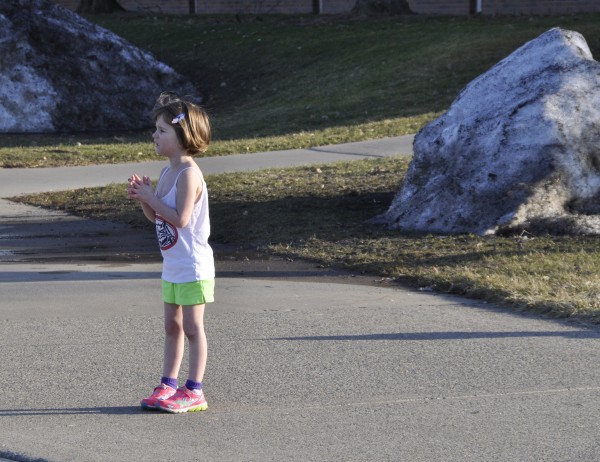 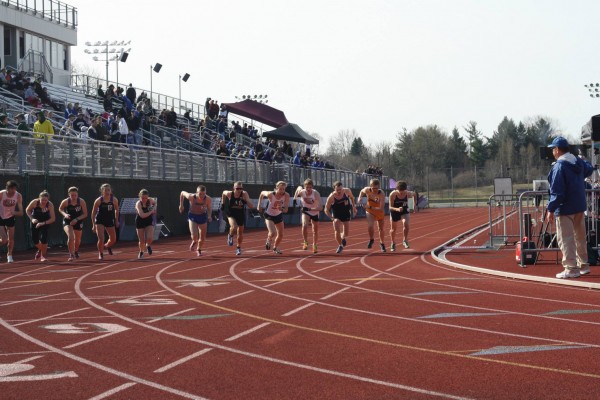 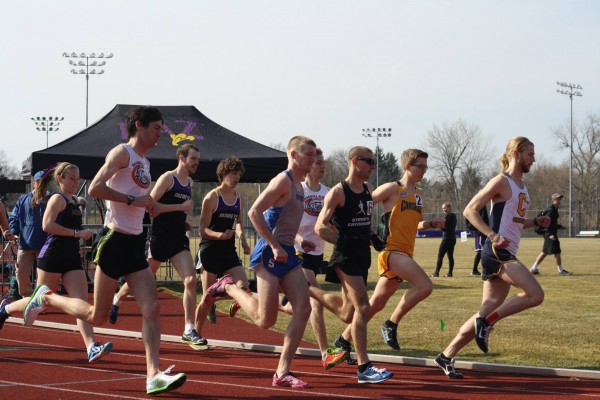 Running 25 laps can get a bit confusing.  At some point in the race I lost track of who I was passing and who I was lapping.  This caused me to move into 3rd place without even realizing it sometime during the last mile. 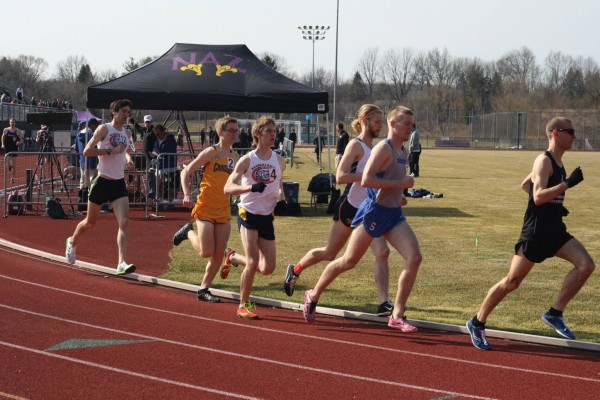 I’m really glad I decided to run this race, but I don’t think I’ll be jumping into any track races longer than 5000 meters again.  It is a mental grind as much as it is a physical one.  One that Kenny fully embraced.  He broke from the small lead pack early and challenged the track record of 32:25 missing it by a mere 3 seconds!  Dave, who was suffering from some lower leg issues in the middle part of the race took second place, closing with an impressive last mile. 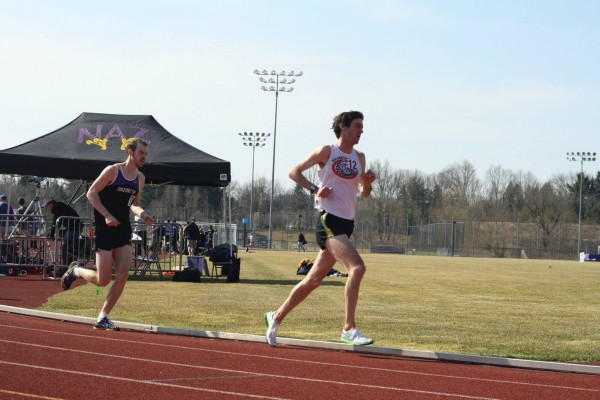 I finished in 3rd place completing the Roadkill sweep with a 43 second PR 33:49. All in all it was a hell of weekend for Roadkill Racing.

I’m so proud of all my teammates and I’m thankful for Ashlie taking charge and putting our women’s team together.  There is something oddly sexy about seeing my wife in Roadkill singlet, even if she hates the fact is says Beer & Glory on the front. 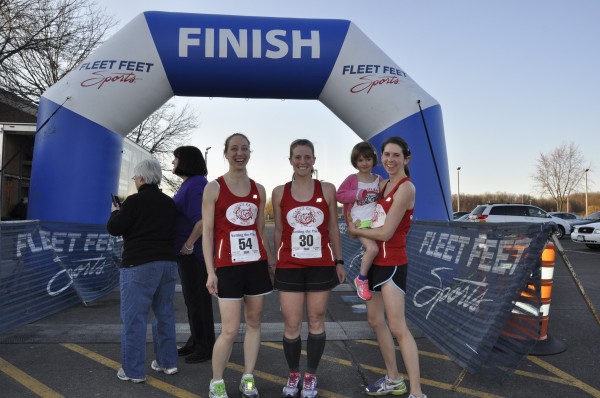