Back in the halcyon days of my youth I did speed workouts twice a week with reckless abandon, and then raced or did a long run every weekend. Eventual both my ability to recover and my available time to train decreased to the point where I could no longer sustain such a training load. It did not take long for my race times to begin to reflect my decline in training. This, I assumed was just what getting older as a runner was all about. Life intrudes. Both in the mundane sense of juggling the schedules of a busy household full of kids and cats, and in the stark realities of physics–entropy. Our human body becoming increasingly chaotic until in the end the order needed to sustain life completely falls away. Death. 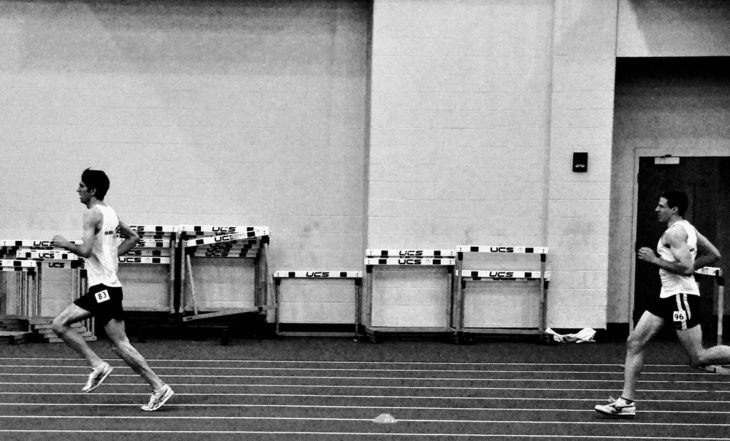 OK, that might be a tad dramatic, but the point I would argue stands. We get older, our body doesn’t reassemble itself as fast or as well anymore. What once took 2 days to recover from now takes 3, and  then 4.  My response to this has been until recently to just accept this change. But then I remembered something I read years ago, and in an instant I was freed from the false construct of time. There is no magic. I’m still not able to do 2 speed workouts and a long run in one week without falling apart, but I don’t have to. If I want to do more speed workouts and still get in a long runs, then all I have to do, is more speed workouts and a long run. Why does it matter how many of them I fit into a 7 day period?

In December I drew up a new training plan. It isn’t bound by thousands of years of tradition. It frees me repeat a cycle of 2 workouts and 1 long run as I’m ready to do them. This has generally worked out to a 9-11 day cycle. In this way instead of doing 12 speed workouts and 12 long runs in a 3 month training cycle I can do 20ish speed workouts and 9ish long runs over the same period. The advantage here seems obvious to me, over 50% more fun speed work and about  25% less lame  long runs with an overall improvement of “quality” runs of 25% or more.

Will this result in better race times? My guess is yes. I wouldn’t be doing it if I thought it would make me slower. The preliminary signs are good. I’m back to not being embarrassed to put my workout splits in my log (not that I stopped putting them there, I just felt bad seeing them). I’m feeling confident about my upcoming races, and have mentally committed to some lofty  performance goals. For the first time since I moved out of Rochester I feel like my young 40 year old self and not a plodding 43 year old has been.

The best part of this training plan is, if it works, I don’t ever have to adjust it. The 2 speed work 1 long run cycle will take longer and longer to complete as the recovery time increases but I won’t have to give up doing the kind of running that love.