It is Turkey Trotting time, and many of the Roadkill Racers got up early Thursday morning to preburn a few hundred calories.  Travis (results), Rob (results) and I returned to our hometowns while Mike and Chanse stayed in Rochester to do the Race with Grace 10K (results).

My race was the 102 running (althought the location has changed a few times) of the Mid-Husdon Road Runners Club 5 mile Turkey Trot.  Many runners, including my Dad who isn’t inclined to complaining, think this is the worst race course they have ever run.  Personally I don’t think it is that bad, but that might be because I just ran a PR on it.  The “problem” with the course is that it rises 300+ feet in the first mile (mostly in the last 600 meters of the first mile) before slowly windy down about 100 feet to a turn around.  Of course once you turn around you have to wind back uphill that 100 feet then it is a dash down the steep hill and a flat 1000 meter sprint to the finish. 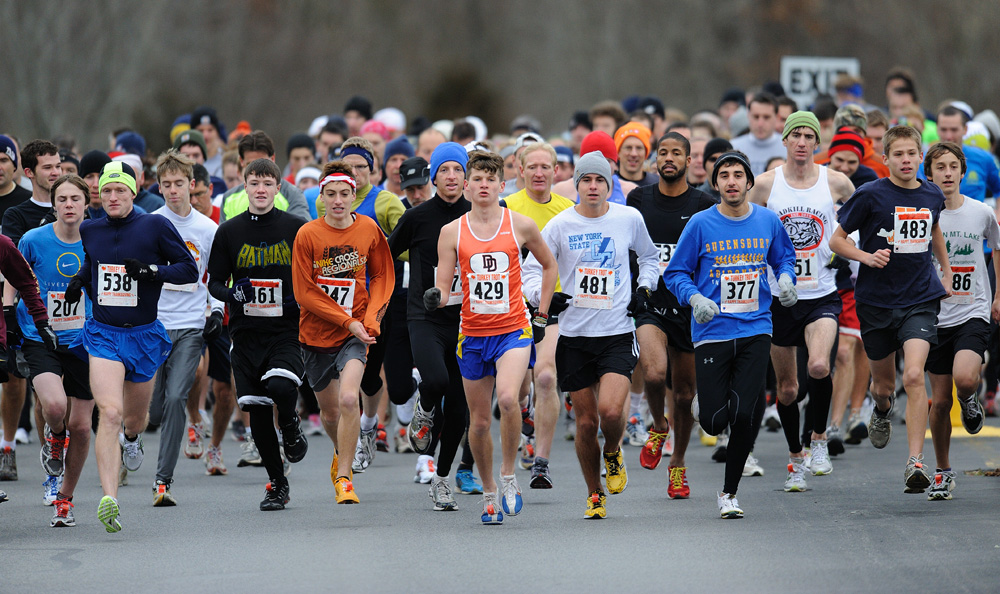 I decided to let the gaggle of high school runners toe the line, knowing that in all likely hood they would fade by mile 2 (they faded before mile 1) and took a spot next to Knox Robinson and Mike Slinskey.  I figured one or both would break 27 minutes and would be good runners to key off of.  We got out to a fairly slow start and heading into the first steep hill 3 of the runners seperated from the pack and I got caught in between for about a minute before settling in as we drudged up the hill for a lackluster 5:50 mile.

As we crested the top of the first hill Knox and I broke from the pack and by the turn around had opened a 15-20 second gap on Mike and another runner.  We hit the turn at 14:13 and I knew my hopes of breaking 27:30 were finished, but I was only worried about winning the race at that point and just stuck to Knox like glue.  It was great to be cheered on by so many of the other runners as we headed past them to the finish.  We had really picked up the pace but I didn’t know by how much as there were no splits for miles 2 or 3, as we crested the top of the last hill Knox slide to the other side of the road.  I assume this was to try and hide a surge, but we both flew down the hill so fast there was no way either of us could gain any advantage.

In the picture above Knox took his largest lead since before mile 1, but it was short lived as I passed him back a few hundred meters down the road. 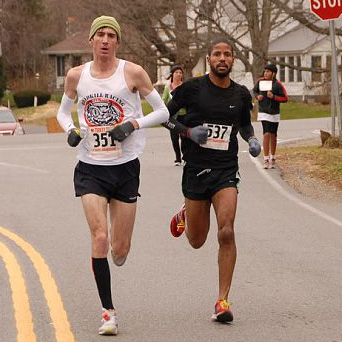 We ran elbow to elbow until I made my finishing kick 75 meters from the line.  I ended up edging out the win by a few seconds, and when I looked down at my watch I was shocked.  We had run back in under 13 minutes giving me a finishing time of 27:06 which is a new PR.  It is also 50 seconds faster than I ran on this same course last year.  There is no way I could have run so fast if I had run the race like a time trial worrying about my splits.  It was only by forgetting about my watch and running the race that I was able to run my best. 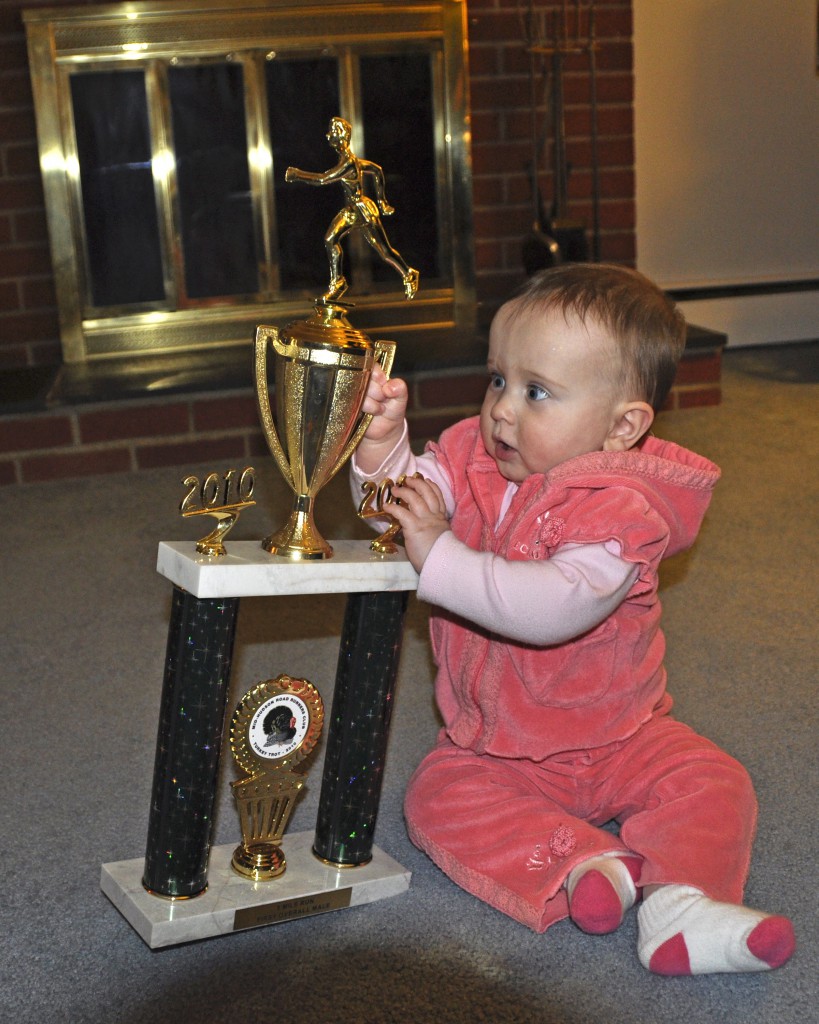 I think Hazel’s expression about says it all.  Results Here.