“Training was a rite of purification; from it came speed, strength. Racing was a rite of death; from it came knowledge. Such rites demand, if they are to be meaningful at all, a certain amount of time spent precisely on the Red Line, where you can lean over the manicured putting green at the edge of the precipice and see exactly nothing.”  Once a Runner by John L. Parker Jr.

I’ve had a few running careers.  Like most runners who have been at this for awhile, my commitment to the sport has waxed and waned for various reasons over the decades.  To stick with a lunar analogy I’d say I’m somewhere pretty close to a full moon right now.

My father is a runner.  Although he didn’t being distance running until I was 5 or 6 years old, I have no memory of a time he wasn’t a runner.  I remember going to races with him, occasionally running in a kids 1 or 2 mile race, but mostly watching him hammer to finish usually in the top 3.  While certainly not a world class runner he ran some impressive times for a guy who picked up running in his 30’s with a 2:32 Boston Marathon at the age of 37 probably being his best achievement.  While I did all the sports most kids participate in, soccer, basketball and baseball, running was the one thing I seem to actually have some talent for, and I had a great in house example of what it would take to be a good runner.

Unfortunately being good at running takes 2 things, talent and desire, and I while I had a bit of the former, by the time I was a senior in high school I utterly lacked any of the latter. After posting some decent track and cross country performances my first few years of high school by the end of my junior year of Spring track I was ready to hang up my spikes for good.  I was 17, it was the summer of 1991 and all I wanted to do was hangout with my friends, party, listen to Pearl Jam, Nirvana and any other band with men not wearing tights, stay out all night, sleep until lunch, and be a lazy good for nothing teenager. 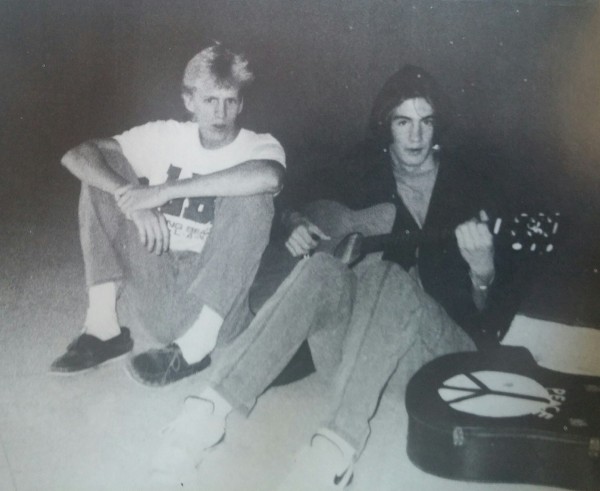 My plan was working pretty well until I received a surprise visit from my cross country coach.  He dragged me out of bed and bullied me into running one more season.  Don’t mistake this for some Coach Carter moment.  I wasn’t some inner city kid in need of tough love and saving, and nor was I some star runner he needed to guide the team to state championship glory.  What I was, was the 5th best runner on the team with a pretty steep drop off to number 6.  And as anyone who knows anything about xc knows, a team with no 5th man is no team. Somehow between smoking a pack of Camel Lights a day, never running on weekends, and often going out drinking before meets I held on to my 5th spot on the team until the section championship race.  I was our last runner, and I don’t think I broke 19 minutes on the 5k course.  That was it.  Bowdoin Park November 1991.  I didn’t run another step for more than 10 years.  The coach didn’t encourage me to run winter or spring track, I think at that point he was happy to have me off the team.  I wasn’t exactly a shining example to the other runners, and I think if it wasn’t for the fact my Dad coached the team one district down the road and they had a friendly relationship he probably would have booted me off the team mid season even if I was holding up my part by finishing as the 5th runner. 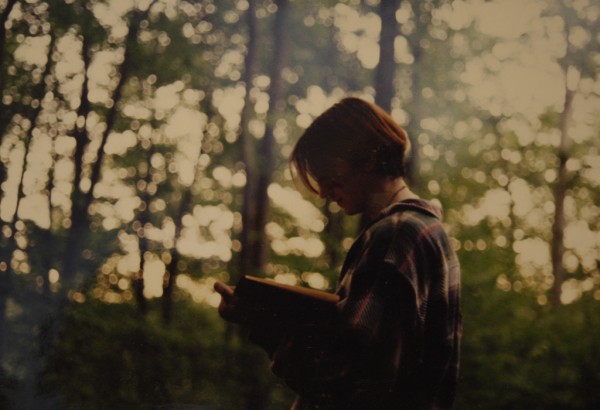 Nothing much good happened to me between November 1991 and November 1998.  I spent a good deal of time, energy and money abusing my body and mind.  Not to say it was all bad, but I didn’t do anything positive for my mental or physical health until I moved to Portland, OR the winter of 1998 and at least the idea of quitting smoking and trying to be a healthier person began percolating in the back of my brain. 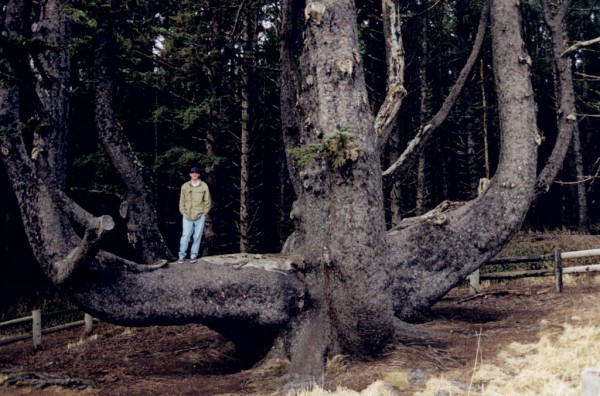 It was a slow percolation, but as the other pieces of my life began to come together so did the idea that it was time to reclaim my physical health. April 2002 I quit smoking.  May 15th 2002 I went on my first run in over 10 years.  It was 2.5 miles, almost 10 minute pace and everything from my lungs, knees and hair hurt by the time I was done.  But it was a run, every painful step of the way, and it was glorious.

Over the next few months I hauled my screaming protesting body back into some semblance of “shape”.  On July 5th less than 3 months after I quit a 10 year pack a day habit and less than 2 months after I started running after a 10 year layoff I ran my first race.  1600 meters at the Twilight Track Series.  I got 5th place and ran 5:15.  I was deterimed at that point to break 5 minutes, thinking that would be a lofty goal to occupy me for a long time.  I ran 4:58 at my next mile race the Rockland CC Alumni race on December 27, 2002. Between those 2 track races I ran a bunch of other races both on the roads and through the woods and fields.  In September 2002 I because the oldest ever member for the Purchase College XC team, starting the season as a 28 year old junior.

By the winter of 2002 I was all in as far as running went.  Honestly I didn’t have a whole lot else going on, so dedicating myself to running was pretty easy.  I was 28 years old, living in my parents basement and finishing college (which was proving laughably easy the second time around). I put together a respectable 2nd year of running improving my race times fairly dramatically come the spring of 2003.

My senior year cross county season culminated not with the HVMCA Championships but with the Harrisburg Marathon.  The marathon was to be the kick off my true long distance running career.  A nice easy sub 3 hour trot followed by true marathon training and racing at the Boston Marathon.  Instead I woke up the day after the marathon unable to bend my right knee, and I couldn’t run step for over 2 months and even once I started back again I couldn’t run more than a few miles without a good deal of pain for several more months.  I ran some OK races on my residual fitness but by fall of 2004 I was tired of fighting my knee, having to cut back every time I felt I was getting back in shape.  I became an occasional runner, never running more than 30 miles a week and often going weeks at a time with no running until July 2008.

This break from running coincided with a move to Austin, Texas with my soon to be wife Lisa. 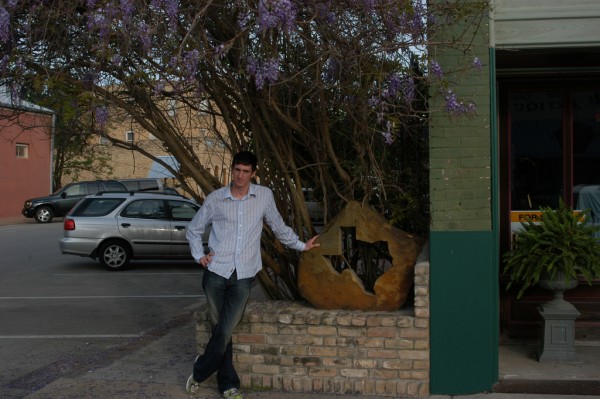 Having dabbled a bit with golf during my 2 years at Purchase College, I picked up golf in earnest while living in Austin.  If there ever was a sport that was the antithesis of racing it would be golf.  Driving around in a little cart drinking beer is a great way to spend a 108 degree July afternoon, but it doesn’t do much to improve your fitness.  Still, it gave me a outlet for my competitive tendencies and made the summer months (all 8 of them) more enjoyable. 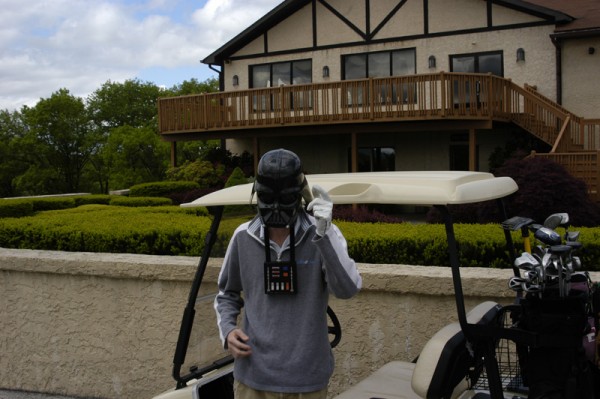 When we arrived in Rochester during the summer of 2008 I dusted off my running shoes and decided to get back into racing shaping.  4 years of rest certainly had to be long enough to rest an ailing knee.  It wasn’t.

As soon as I got to about 40 miles a week and started doing workouts the pain my knee came back.  Luckily I was referred to Dr. Reinhardt an active release therapist (fancy for massage) and he was able to “fix” my knee seemingly for good.  Finally able to train properly I launched into my 3rd running career, most of which has been chronicled on this website. 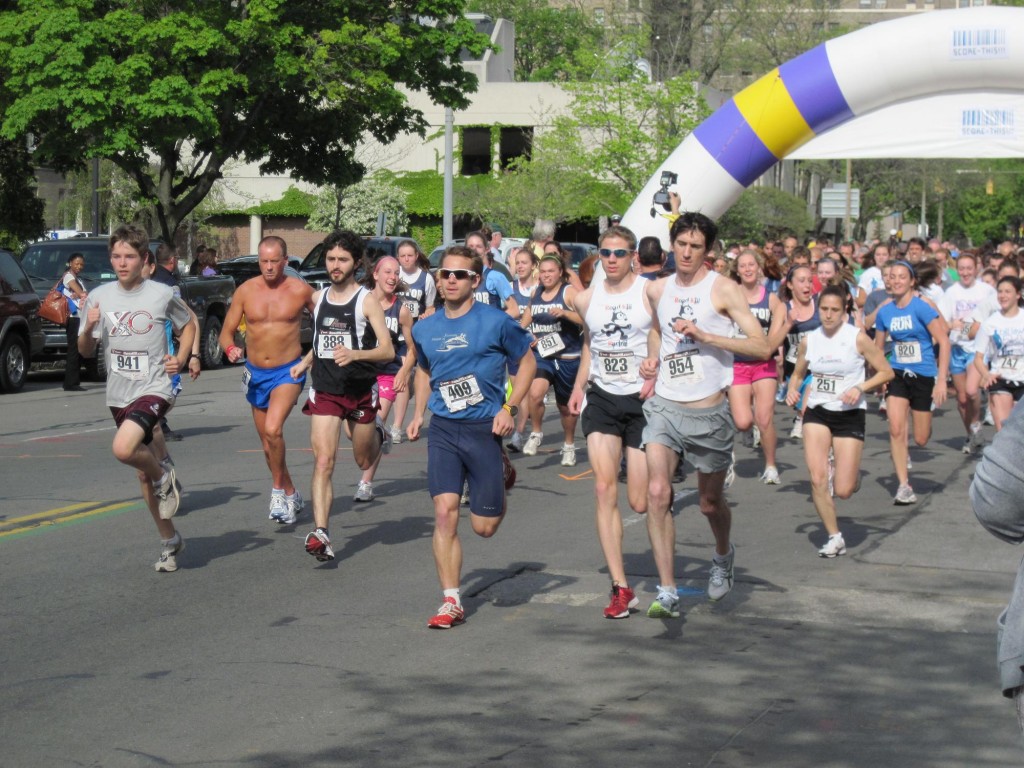 As a brief recap, for those who have just begun following Roadkill Racing.

If you are still still reading this, thank you.  Honestly I’m not sure even why I’m even writing it, your faith as a reader that there will be some sort of payoff in the end is quite inspiring.

I guess at the end of what has been a very long and cold winter I find myself in a reflective mood.  As I desperately look forward to spring I’ve been pondering what drives me to bundle up for those hour long slogs though snow and wind and biting cold.  What would I be focusing my energies on if not running?  Why do a I bother working so hard at something I know I will only get worse at in the coming years?

Those of you who know me well, know how far I’ve come from those days when I wasn’t a runner.  You know what it took to get mentally and physically where I am today.  I think part of why I run is to prove to myself everyday that I am not that same person I once was.  I run so I have the energy to play with my children who have boundless energy and to set an example for them.  I run because I’m not half bad at it, and by enlarge runners are the best people I’ve ever met.  I run because it bonds me to my past but more importantly gives me something to strive for in the future.

See you on the roads.